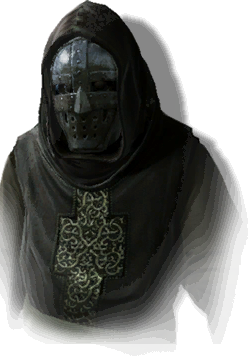 Both he and the gargoyles are immune to the swordsman path adrenaline finishing move — attempting to trigger it will simply drain the adrenaline bar and cause Geralt to pause briefly (which could be fatal in this fight). The Operator appears to be highly resistant or even immune to poison and stun attacks, though he can be set on fire.

It is advisable to complete the other quests in the area and obtain the best weapons and armor.

The Operator drops a Drachenschuppe, a Magische Kette, a Vran-Aufwertung der Rüstung, and the Das Artefakt des Operators.